You can’t have it all. And, trust me, it’s not worth trying. Buckle up if you are willing to read about my last ten years. We will see if I am willing to actually hit publish or if anyone actually wants to read this. Then again, this is for me.

I have always had big goals and I push for them until I hit them. As I sit on a plane headed to Denver, I feel the weight of all the things I strive for. Good mom. Solid family. Killer career. Self care. I hope that’s the order my priorities reflect. Truth is, it’s not that easy.

From the outside, people can look at my life and say, “What could she have to complain about?” And they are right. I don’t have complaints. I have a wonderful son who is a blast. Walt and I parent Eli well together and Walt’s a wonderful support system and my best friend. Family in Nashville (and elsewhere) loves Eli big and helps so much! What that view doesn’t show is how much has changed over the last ten years. I do have pain points and I’m allowed to feel those. 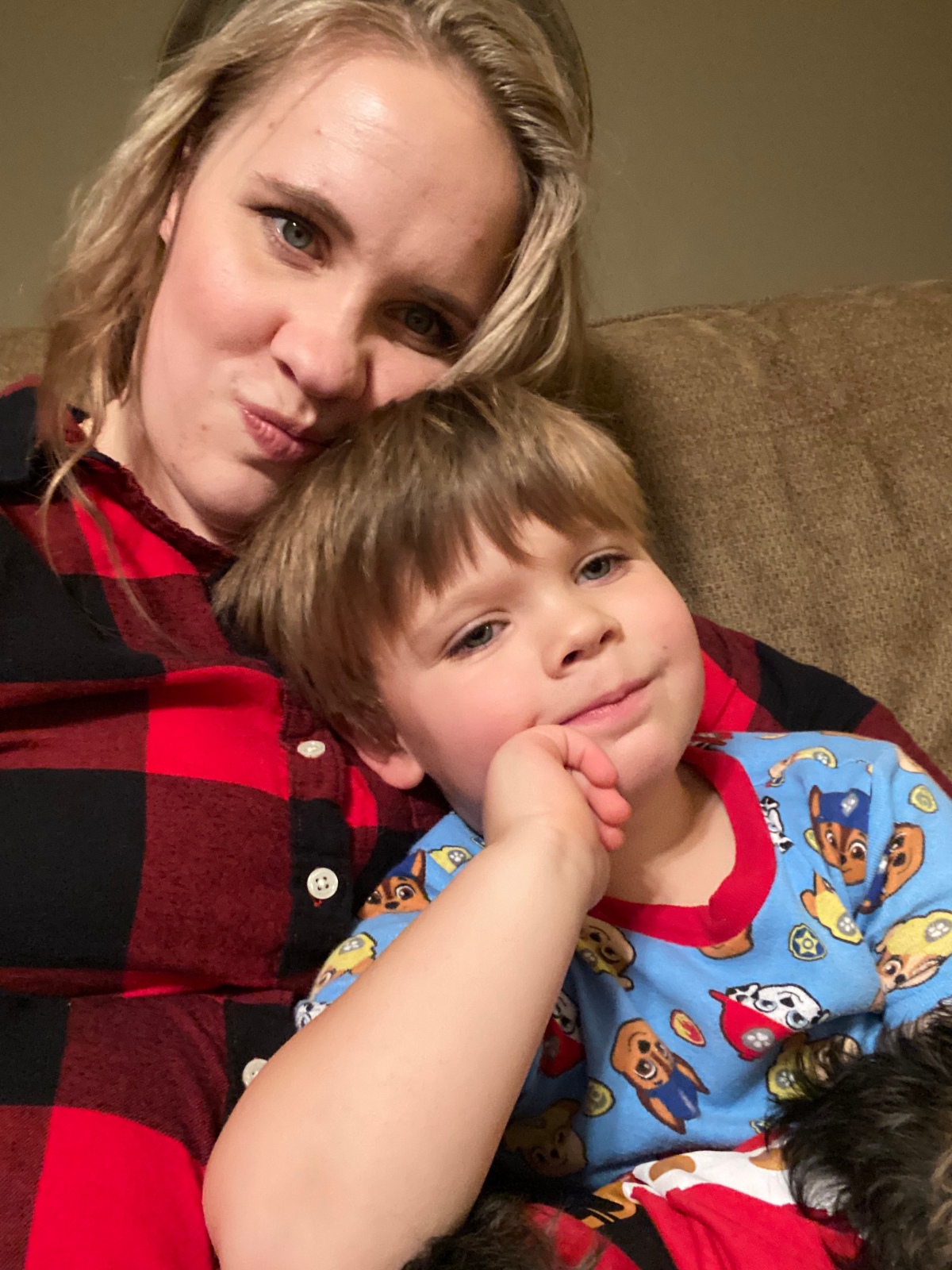 The thought that people may see my life and think it was glamorous or ideal started when Walt mentioned the following picture only showed the highlights. I posted this on my instagram story (@hackingtheworkingmom) and saw how this could be seen only in a light of incredible success. That was mixed in, but doesn’t tell the heart of the story. 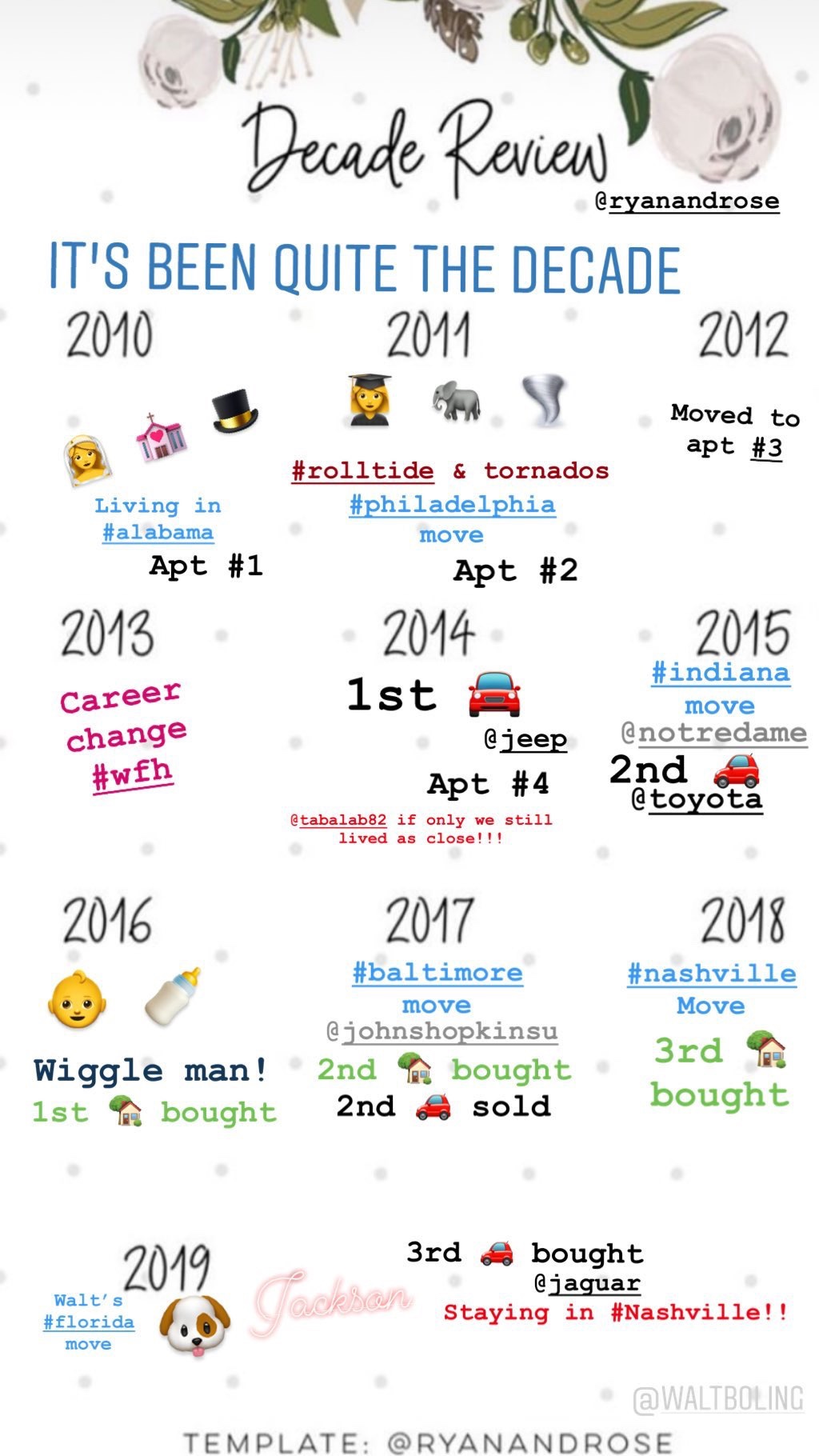 Ten years ago, Walt and I were engaged and living in Alabama as I finished out my last year of college. My life centered around my marriage, church and school.

Over the next year, we would get married and move to Philly for Walt to work on his Master of Divinity and build some wonderful friendships and spend four years there that I will forever cherish. It was some of my favorite years, but also feels like a lifetime ago. Those four years also brought some of the most complicated thoughts and changes that I never expected. We lived in three different apartments, I started two different jobs, purchased our first car together, and made friendships that would last. We really started to see what adulthood was. I feel vulnerable writing about these changes but don’t want to present an image of something I am not. 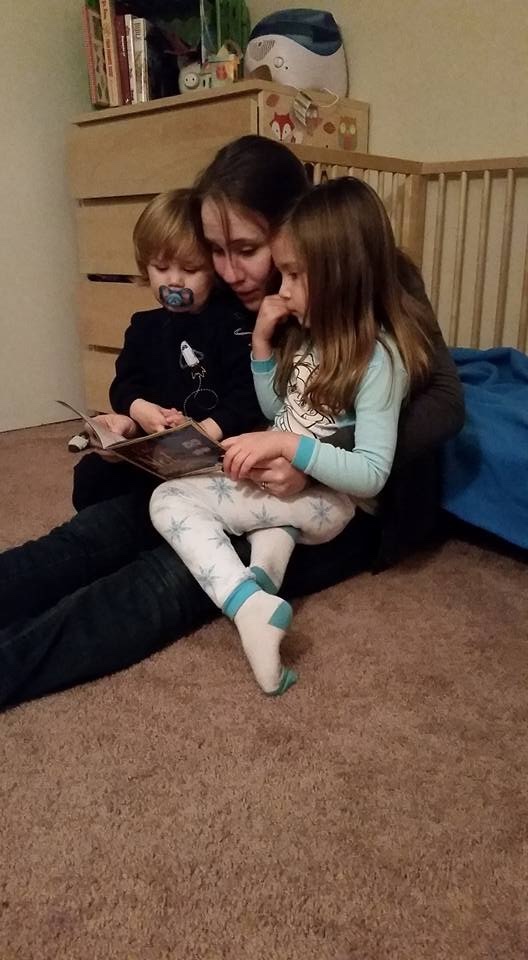 The big change. When we left Philly, we knew that we would likely never attend another church or seek one out. It’s quite the process but one that I am at peace with. For those of you who have known us for a long time, this is likely surprising. On top of this, Walt continued to pursue a degree in that arena and killed it. He got into Notre Dame to get a second masters. It ended the Philly chapter when it needed to end and we took off for Indiana.

Indiana. Oh Indiana. This state contained so much change. Our sweet little guy was born in Indiana. It was a much quieter atmosphere in South Bend than it was in Philly. It was evenings sitting out in the backyard with a fire pit and sipping a glass of wine while Walt smoked a cigar. It was a breath of fresh air and new surroundings at a time when so much else had changed. It also brought a lot of growth. At least that’s what I call it now. As people change, it’s hard to find your footing without some fumbling. And a lot had changed.

It was here that I started learned to be okay with not knowing what my life looked like or would look like. We had HUGE questions that didn’t have answers and it was painful to find the answers we have found so far.

By the end of the two years in Indiana, Walt applied to PhD programs and because he’s way too smart, he got into Johns Hopkins. It’s one of the best programs for biblical studies in the States and he was continuing to pursue a career as a college professor in that area. This level of academics is taxing. On top of it, I was opening an office in Baltimore for my job and was training new employees on top of my other projects and travel.

Getting to Baltimore was miserable. We sold one car in Indiana because we wouldn’t need two in Baltimore. Walt went first when school started as we waited on our home that we built to be finished. I loved that home. We picked it all out with anticipation of again another fresh start but on much rockier ground. We ended up in airBnBs for six weeks and hopping around with a one year old and my sweet mom in tow as Eli was on the waiting list for daycare.

There is more to write than there are really words for. Walt was spending 60+ hours weekly on his work and I was running close to the same with work. We split the house work and wiggle man. It wasn’t sustainable and for reasons that belong to Walt’s story, he quit. I was relieved. And for my story, it meant we didn’t have to be in Baltimore. I haven’t touched on Baltimore’s crime, but if you have seen the show The Wire, know that it’s legit. With a one year old, it wasn’t a good atmosphere.

So we moved. Against all better judgement and caution, we put that beautiful house on the market, bought a house in Nashville through FaceTime, sold the Baltimore house for a hell of a loss and picked up life and moved home.

These are from the day we moved out. I loved that home… 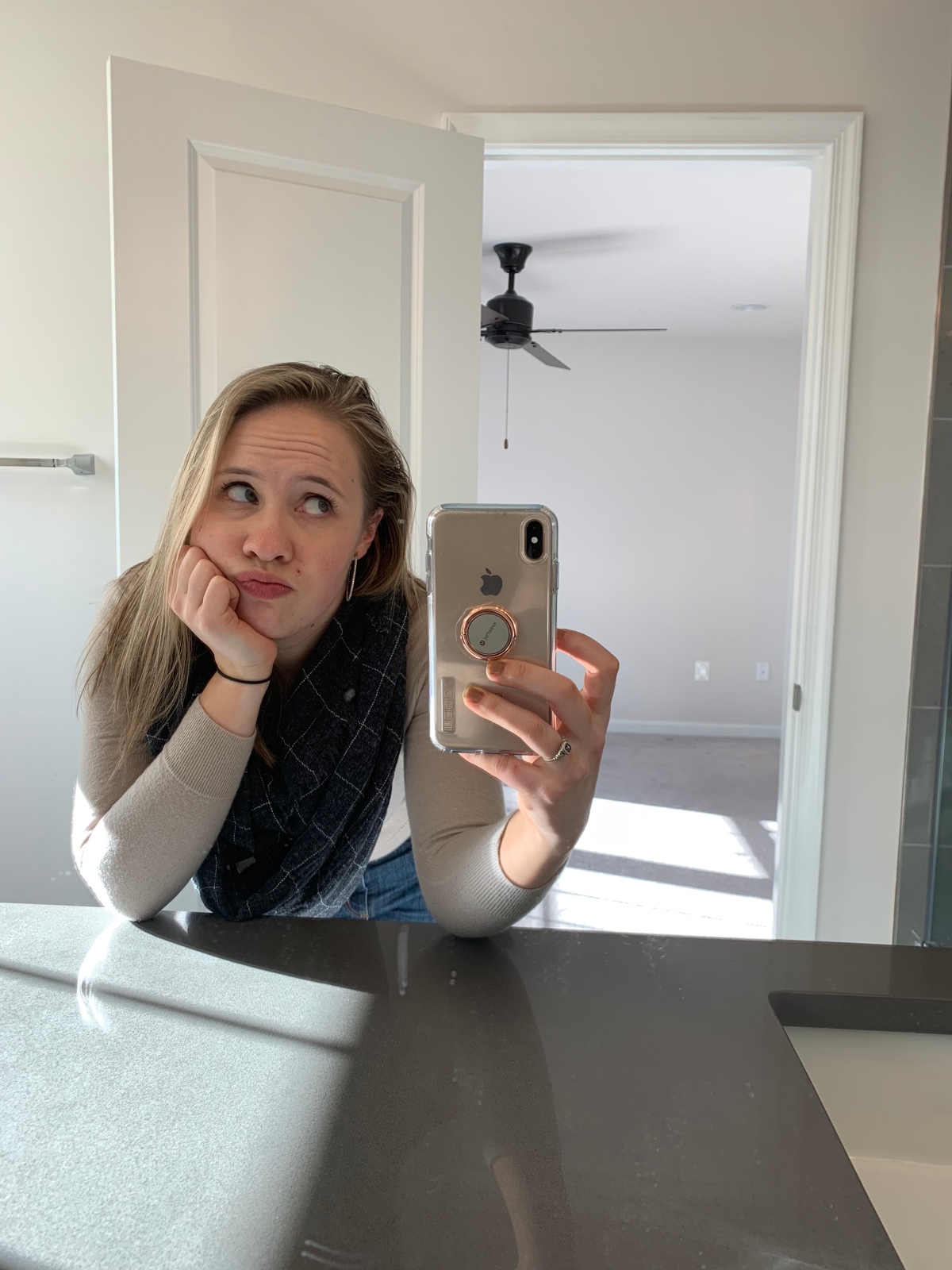 Nashville. Another fresh something. It comes with complications and blessings – family. Walt did a computer programming boot camp in Baltimore and once we were in Nashville ended up landing a job in Florida. He moved to Florida back in August or so last year to Florida and it wasn’t without a lot of consideration. Being so far from Eli is less than ideal (Walt edits this part to incredibly painful 😭) and it means when I travel for work it’s much more complicated. That likely explains why I feel all this and begin to blog when on a plane for a work trip. We see him often and make every effort we can to get to Florida or for him to be in Nashville. But, yeah. It’s hard. As Glennon Doyle would say though, “We can do hard things.” We are in transition and I don’t know what we will eventually do. But no, I’m not planning to move to Florida.

I don’t know what anyone will take away from this. My hope is that you at least see that life isn’t simple across the board. And if yours has been so far, enjoy it. Or maybe don’t and seek the challenge, but take caution that it might not be what you expect. It depends on what you are looking for in life. I think I’m still trying to figure that out. But then again, maybe I’m content not knowing.